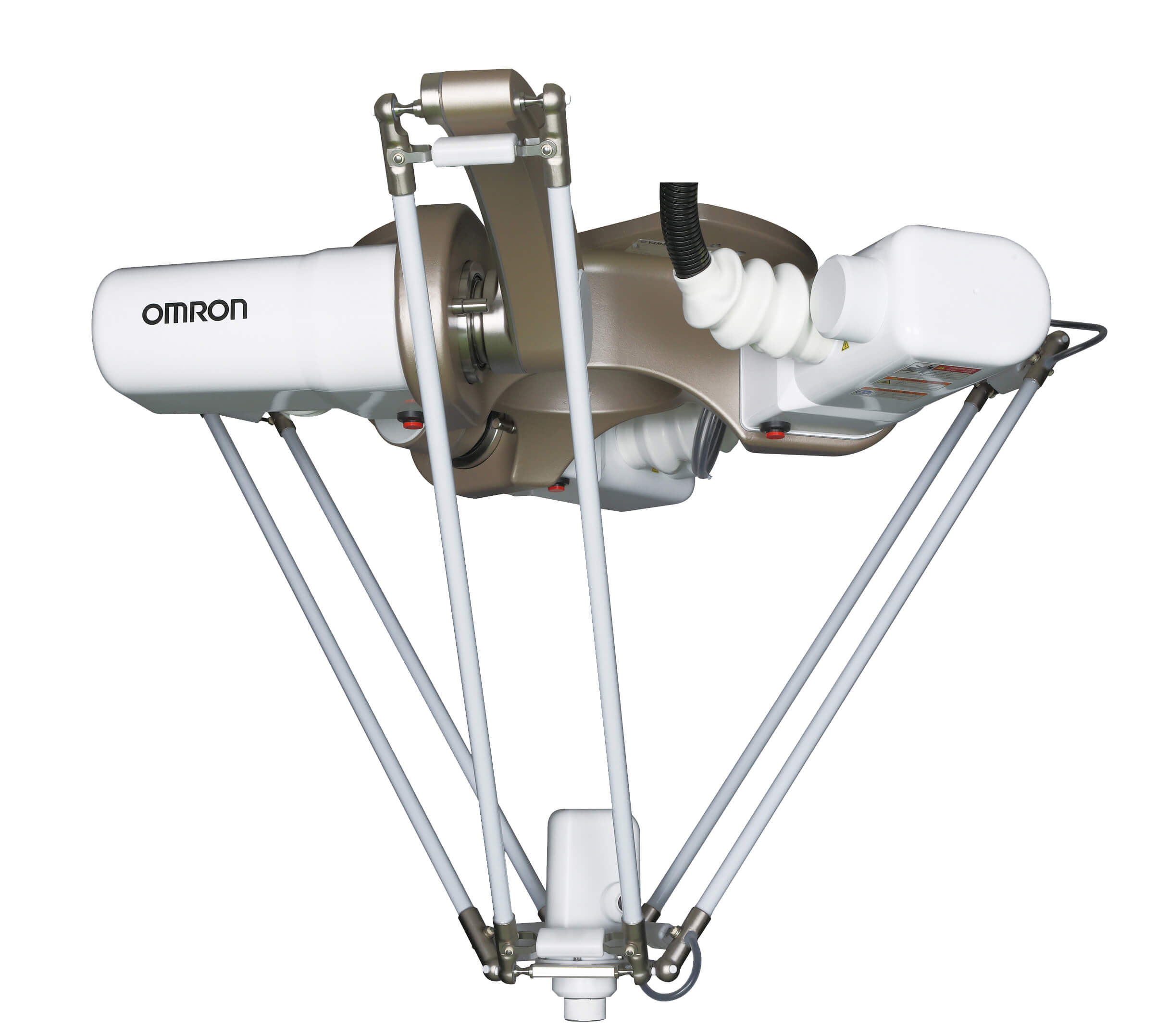 When was the delta robot invented?

The delta robot was first invented by a research team in Switzerland in the early 1980’s which was led by Professor Reymond Clavel.

When did it get patented?

When Prof. Reymond Clavel first applied for a patent, he was told that a similar design had a patent from 1938, named the ‘Pollard’ robot. Their design was finally granted a patent in 1985 after perfecting the delta’s design and providing more detailed information. Later on, the patent was bought by the Demaurex brothers from EPFL in 1996.

What was its original purpose for?

It was originally designed to place pralines into their packages after the research team had visited a chocolate maker. They wanted it to be able to manipulate light and small objects at high speeds. Their first idea included using hydraulic motors as they were powerful but soon realised these weren’t necessary as the robot only needed to pick up a very light payload. This led them design ultra-lightweight arms instead.

Who was the first company to sell them?

The Swiss company, Demaurex, paid for a licence to sell the robot in 1987 and shortly after started manufacturing them for use in the packaging industry. The company added several modifications to the robot and four application versions were sold under the names of ‘Pack-Placer’, ‘Line Placer’, ‘Top-Placer’ and ‘Presto’. They have claimed to have sold over 500 delta robots worldwide.

Where was it first installed?

The first known application of delta robots was for loading pretzels into blister trays inside a work cell at an industrial factory. They were installed by Demaurex.

How do delta robots work?

Delta robots are made from a base jointed with parallelogram arms that are connected at their ends with a triangle.

Its base, which is mounted above the workspace, holds the actuators for the arms of the robot. The actuators can be linear or rotational and they can move the arms in the X, Y or Z axis. A fourth actuator can also control the end effector. As these actuators are not attached to the arms, the arms can be made from lightweight composites that allow them to move at incredibly high speeds with high accelerations and low inertia.

The ends of the three arms are all connected at their ends via a triangular platform and end effector. This connection increases the arms stiffness but does, however, reduce the robot’s working volume. The use of parallelograms restricts the movement of the platform and translates all movement into the X, Y or Z axes. This enables 3 degrees of freedom however, they can have a fourth with rotation about the vertical axis, if a fourth leg is added which extends from the middle of the base to the middle of the platform.

The workspace of the delta robot is dome shaped and it can make use of vision systems that look within this workspace to tell the delta where it needs to pick up items and where to place them.

What industries are delta robots typically used in?

What applications can delta robots be used for?

What are the benefits of using a delta robot?

What are the disadvantages of using a delta robot?